The chaos of the moment, the global Corona pandemic and the consequences it has in particular on the lives of parents with young children occupied David Horvitz, thirteenth scholar recipient of the Follow Fluxus - After Fluxus scholarship, called by the state capital of Wiesbaden and the Nassauischer Kunstverein, in the preparation of his exhibition.

His role as artist and father was complemented by the role of the teacher, since he had to teach his daughter at home due to the closing of schools. Together with his 5-yearold daughter, he began to develop small lessons and teaching units, which ended with the implementation and documentation of the exercises. The lessons are to be understood both as a kind of curriculum, a series of activities that have an educational and instructive character, and at the same time as a method of dealing creatively with the given situation. Since David Horvitz could not enter Germany due to the travel restrictions, the artist began to send the lessons as an aerogram to Wiesbaden. The exhibition begins with lesson 1 and is continuously supplemented by further lessons over the entire duration of the exhibition. Sending a letter is a very personal, intimate gesture that contains ideas of distance, travel and movement - events that have gained new meaning due to the Corona pandemic. The coincidence of when and whether all lessons arrive in Wiesbaden by mail is always part of the exhibition. The exhibition is an interactive project that invites everyone to carry out the lessons with their children - although the project is also explicitly aimed at „adult children“ - in the Kunstverein, at home or on the go. Documentation of the lessons carried out can then be sent to the Kunstverein and thus become part of the exhibition.

Visitors can send an e-mail to david.horvitz@kunstverein-wiesbaden.de to be placed on a mailing list, to which the lessons will be regularly sent as a scan. There is also the possibility to receive the lessons as an original aerogram from David Horvitz personally every week for a price of 70 US$. Interested parties can send an e-mail to his studio: hikarusaruwhatever@gmail.com

About the artist/
David Horvitz (* 1974, Humboldt, CA, US) studied art at Bard College (NY). His works have been shown in numerous solo and group exhibitions worldwide, including the Musée d‘Art Contemporain Avignon (2019), the Palais de Tokyo, Paris (2017), the HangarBicocca, Milan (2017) or the New Museum, New York (2014). Most recently, Horvitz was the recipient of the Henraux Foundation Prize in 2018. Horvitz lives and works in Los Angeles. 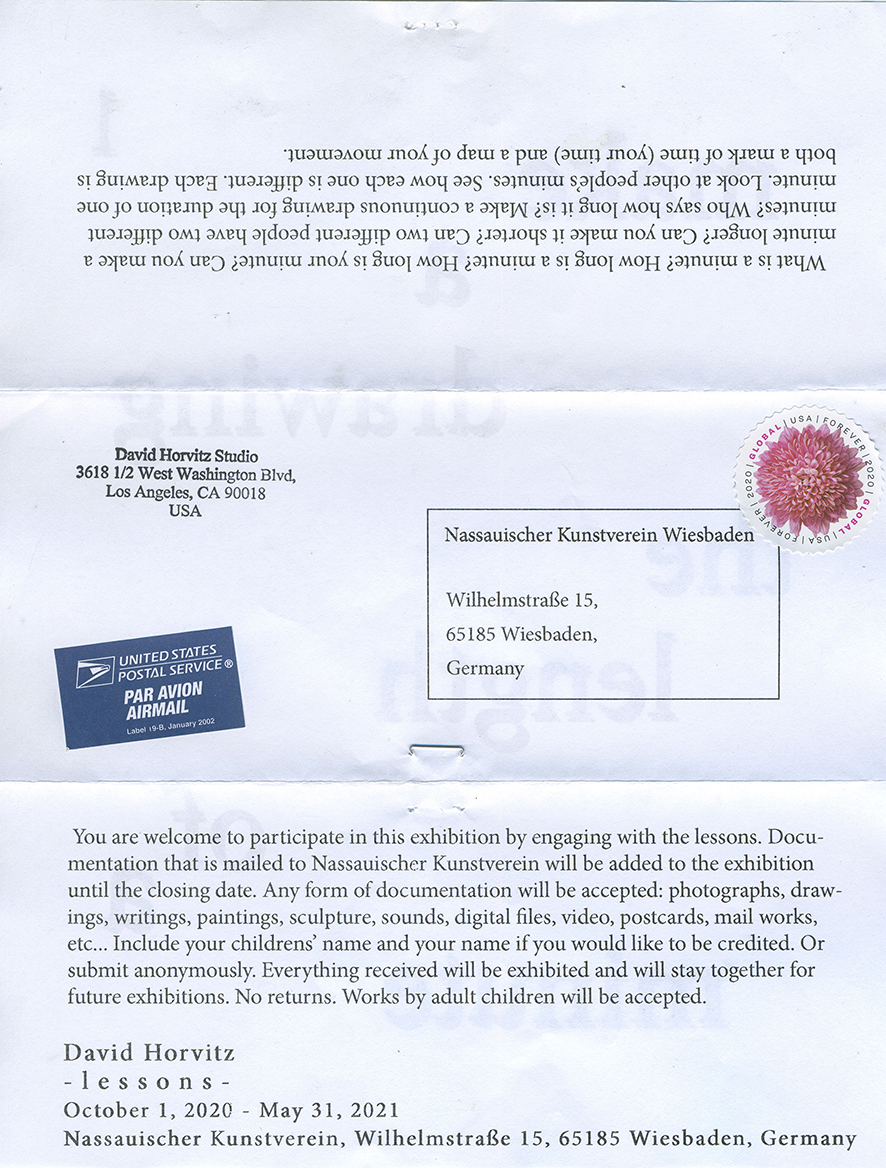 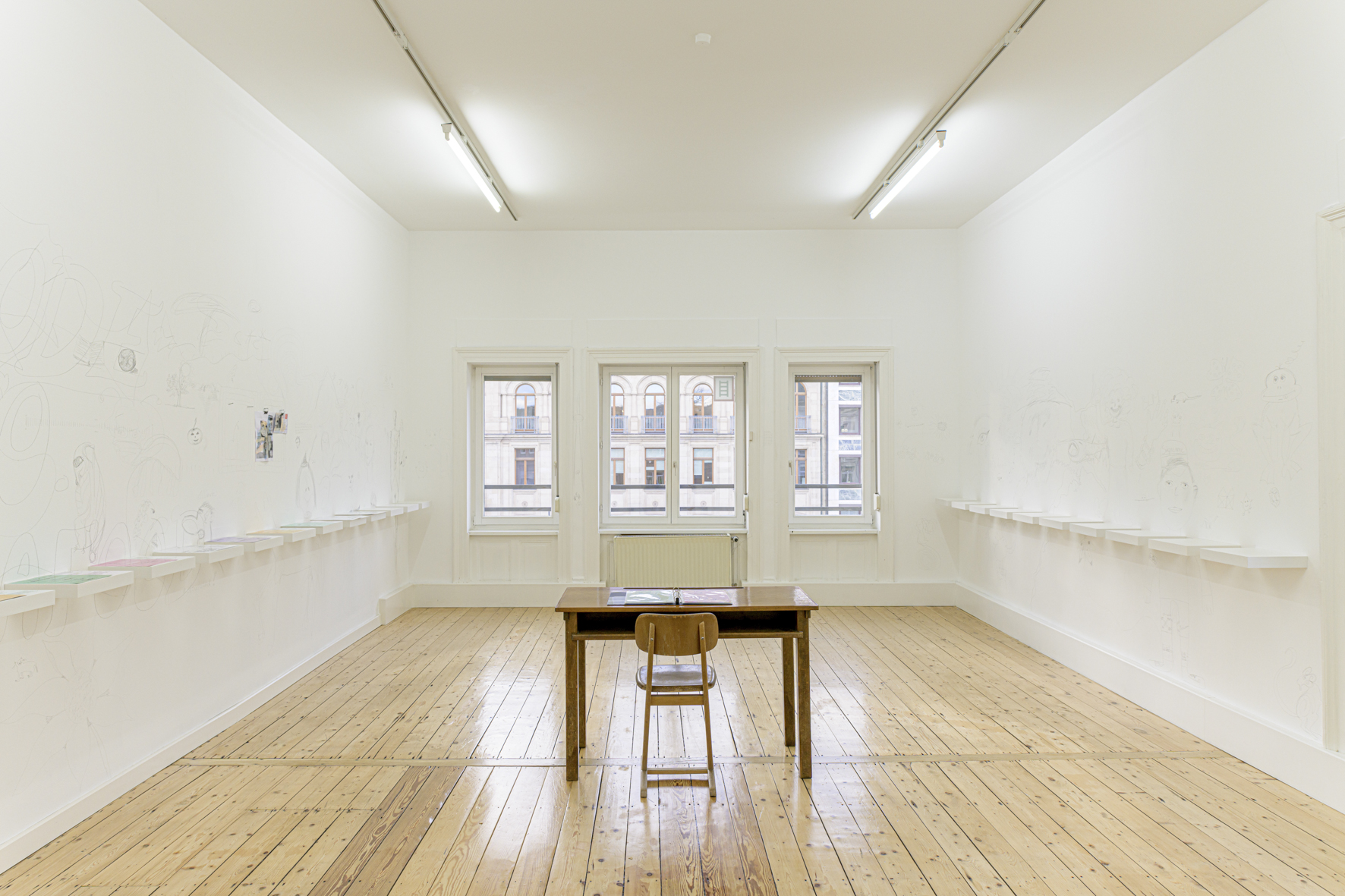 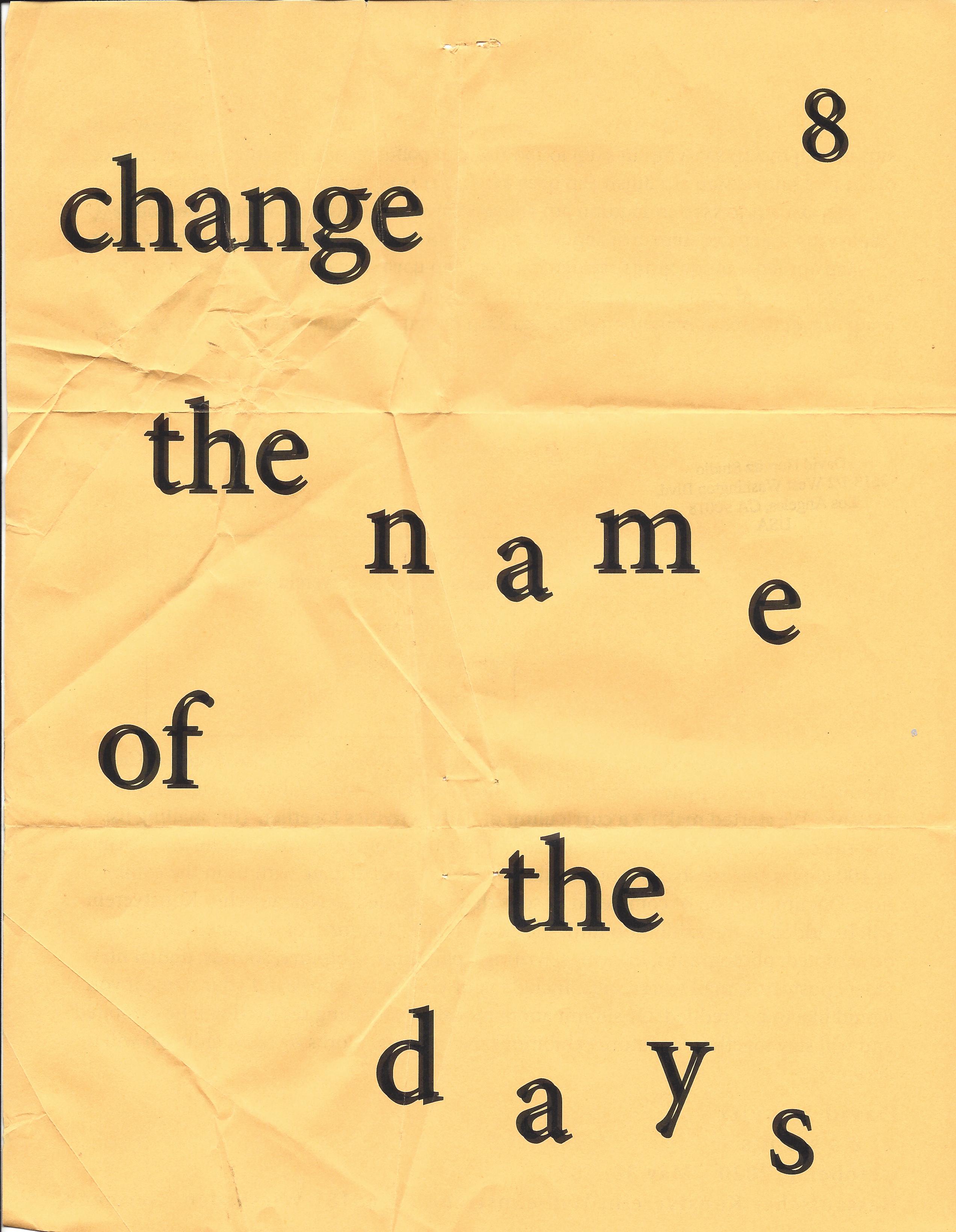 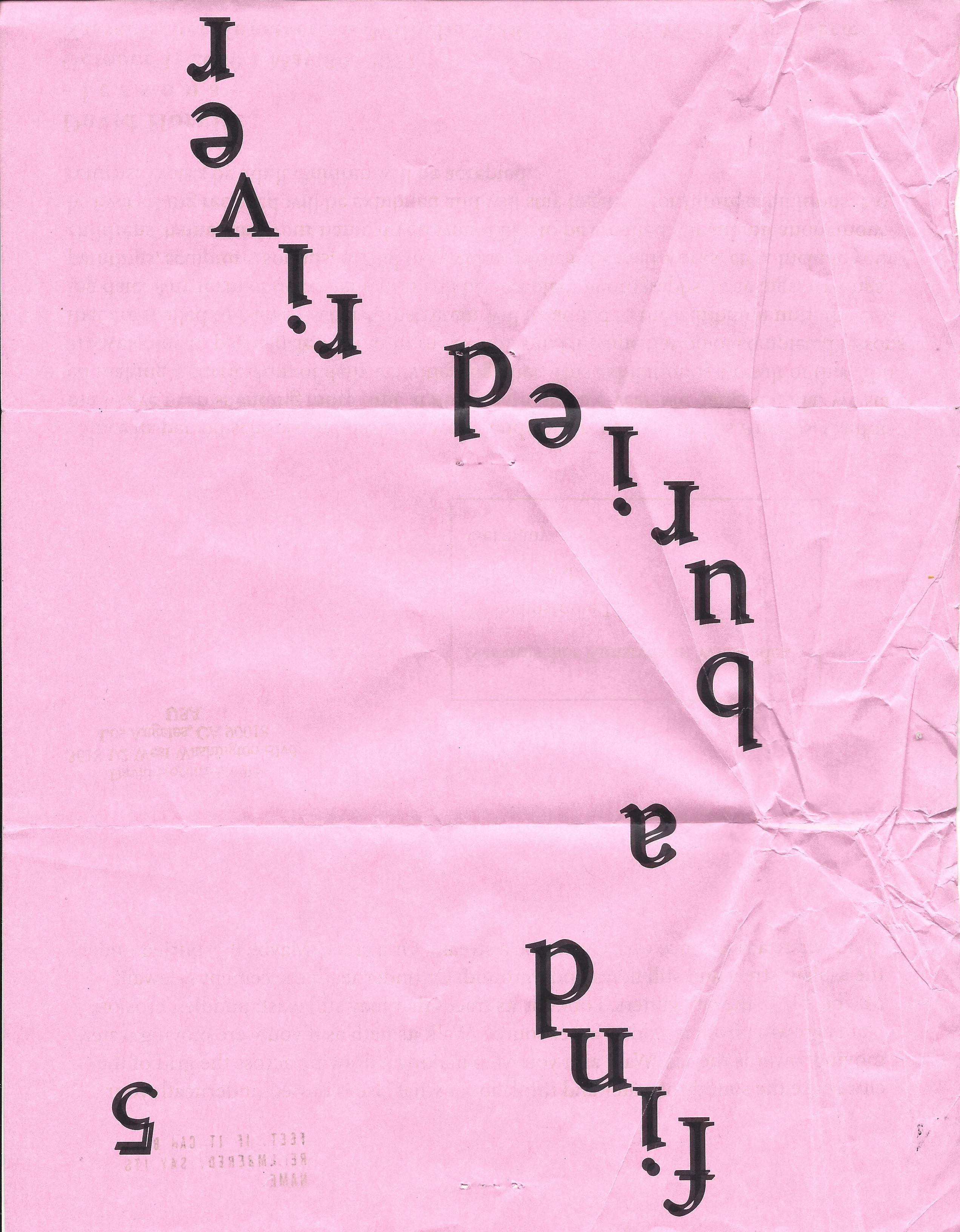 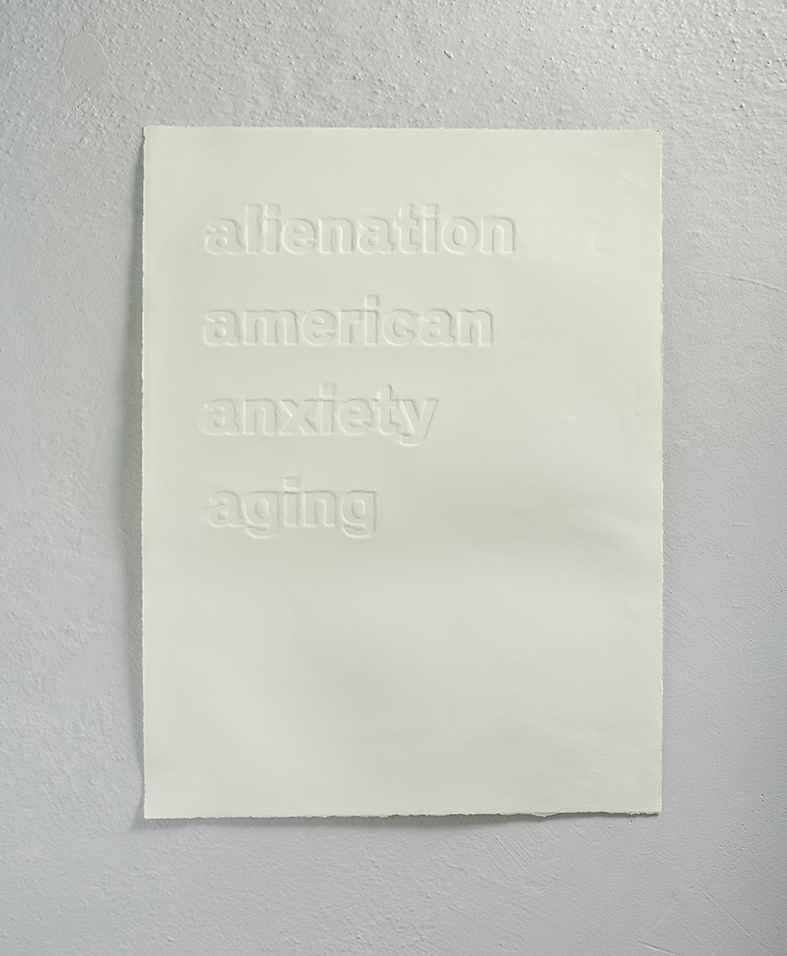 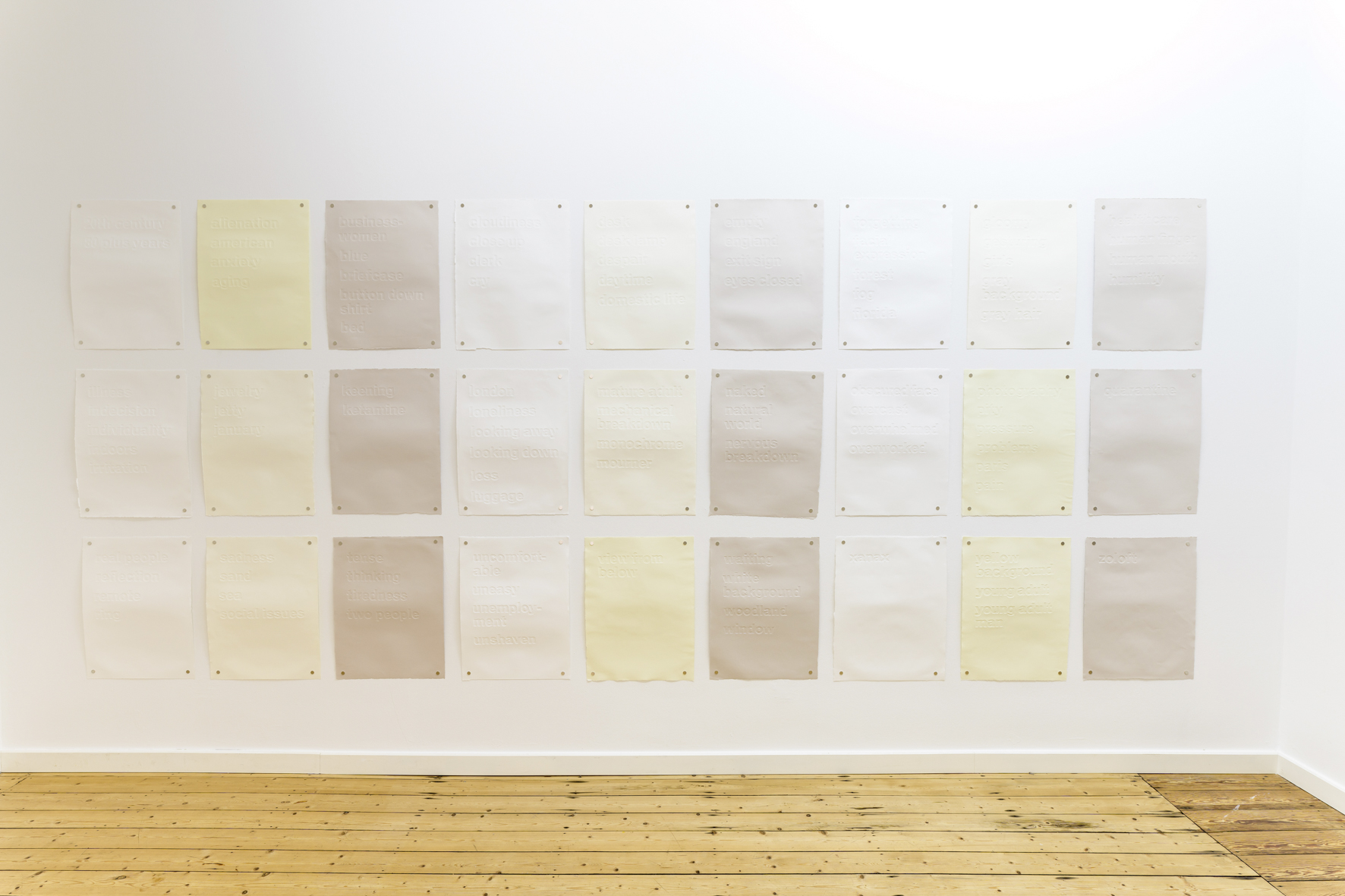