In her solo exhibition hier, anderswo at the Nassauischer Kunstverein Wiesbaden, sound artist Hyunju Oh explores the complex relationship between existence, emotion and time in her multimedia works.

An old wooden cabinet stands in the middle of the exhibition room. The door is slightly open, but denies a detailed view of the interior. Only the voice of a young girl, who has chosen the inside of the cabinet as a protective zone, allows conclusions to be drawn about the invisible protagonist. Surround sound makes the girl's emotions, memories and existence tangible - emotions and memories that can be as collective as they are individual. The work hier, anderswo (2022) which gave the title to the exhibition will be shown for the first time.

At the vernissage on November 24, 2022, the artist will perform the work Causeless (2022) for the first time. With the performance, Hyunju Oh illuminates the relationship between action and material, between man and object. For Oh, materials are not just a means to an end. Instead, she deliberately uses different material properties to create a metaphor. In this way, she poses the question of the evaluability of pain in a particularly impressive way in her work Pain, unspecified (2019), which the artist also performs at the opening.

The time component in the photo series Remains from Remains of Remains (2015) is striking. The photographs of a white wall show the performer how, layer by layer, image level by image level, with each renewed photographic manifestation of light and time, she reduces the wall by a further piece. What do we remember? The wall becomes a symbol for memory, which is becoming more and more fragmented and fragile. The series thus moves once again in a field of tension between action and material, within the trichotomy of time, existence and emotion. While the series depicts forgetting over time, the artist uses the medium of photography, which is able to capture time and memory and thus protect them from fragmentation.

Emotions are often particularly visible in interpersonal relationships. In the video installation Von_ir (2011/2016) - the blank space can be deliberately filled with "m" or "d" - the artist shows the interaction between two people in slow motion. While a person is initially visible beating his chest and the resulting sound is reminiscent of a loud heartbeat, a second person soon steps up and hugs the first. She seems to return the hug, but instead of hitting her own chest, she hits the second person's back. A gesture that usually has positive connotations, such as a hug, is contrasted here with the negatively connoted gesture of beating - but always accompanied by the vital heartbeat that allows both emotions. Through the use of slow motion, the viewer's perception of time is manipulated and the actions of the performers are made precisely observable, but without clearly clarifying the cause of the event.

Hyunju Oh (*1988, Daegu, South Korea) lives and works in South Korea and Germany. She studied painting, media art, experimental art and sound art. Her works have been exhibited in individual and group exhibitions at the Morat Institute in Freiburg, in the Kunstmuseum Singen, in the Kunstverein Münstlerland, Coesfeld, in the Kulturbahnhof Idstein on the occasion of Klangkunst in Industriekultur and the European Media Art Festival, Osnabrück. She has received grants from basis Frankfurt, ZK/U Berlin and the Arts Council Korea. 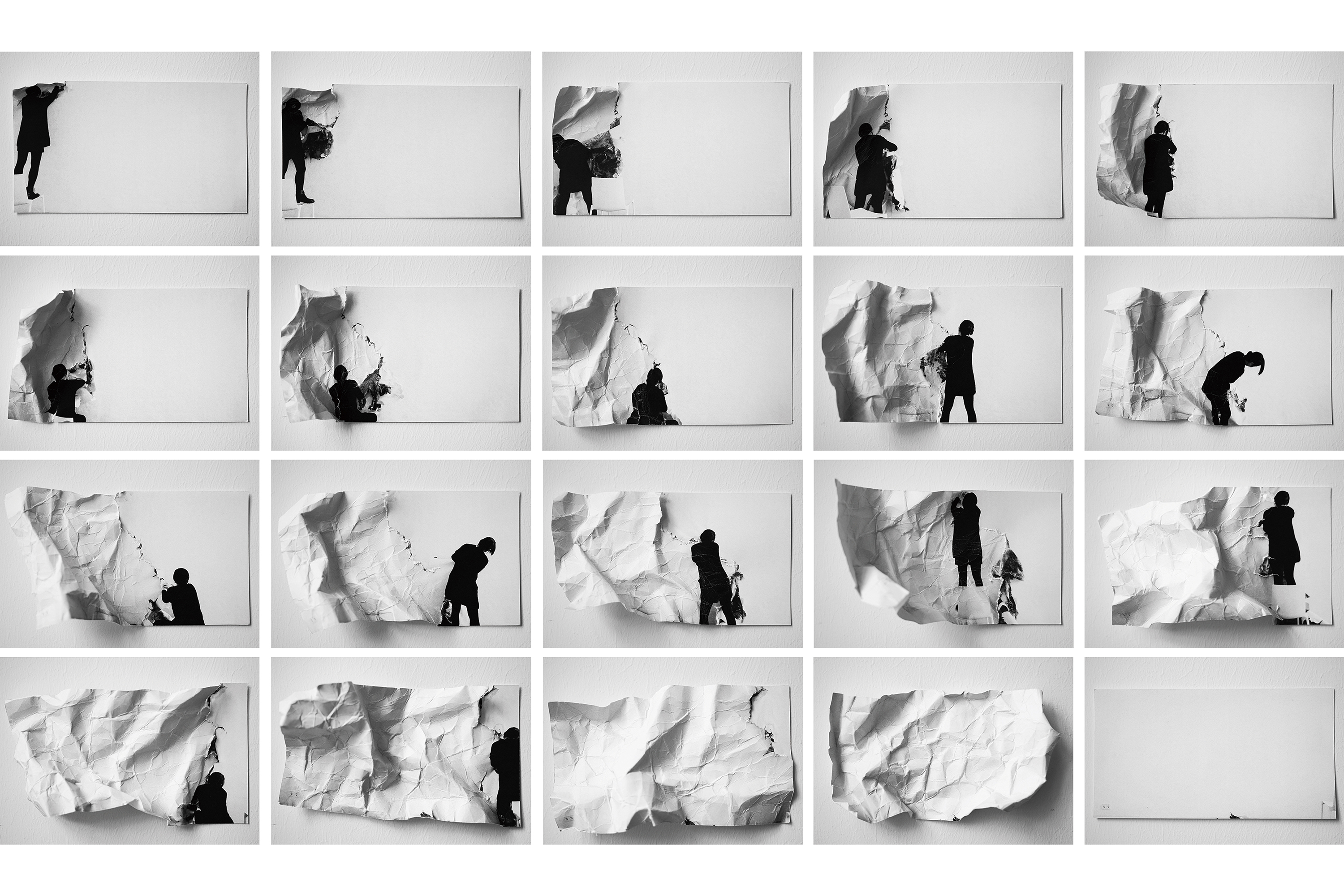 © Hyunju Oh, Remains from Remains of Remains, 2015, Courtesy: The Artist