A museum to collect, preserve, study and exhibit one of the mankinds most extraordinary, most determining, but also least understood attributes, the sub-conscious. In 1996 Ben Patterson opened the first Museum for the Subconscious in Namibia. Since then others followed in Tel Aviv (Israel), La Candelaria (Argentinia), Housten, Texas (USA) and in 2012 the dependance in Wiesbaden. Recent ones were opened in Tokyo and Blois in 2014.

In Wiesbaden, an engraved bronze gully cover constitutes the Museum for the Subconscious. Every donated sub-conscious flows into the Salzbachcanal under the Wilhelmstreet, in the city of water and fluxion. "Negative people may think: Down the drain and be gone. But I think into the Rhine and from there out into the world!" (Benjamin Patterson).

Open seven days a week, 24 h, at the entrance area of the Nassauischer Kunstvereins Wiesbaden. Free of charge. 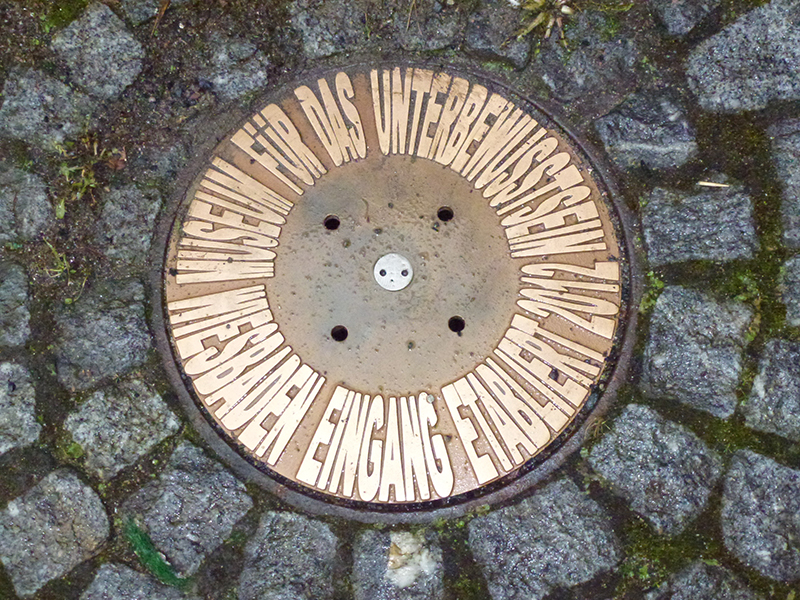 "The Museum for the Subconscious, Wiesbaden" was enabled by the Cultural Office of the State Capital Wiesbaden.