As a reaction to the years of failure of the city of Wiesbaden in the realization of a Holocaust memorial, Ella Ziegler had the front garden of the Kunstverein planted with white roses from the breed Innocencia (innocence, simplicity, harmlessness, innocence). The installation refers to the plans of the artist Jenny Holzer, who was commissioned in the 1980s to create a place to commemorate the victims of National Socialism. Under the title Terrible Garden, Jenny Holzer wanted to create a garden with black roses and a sound installation with voices of victims and perpetrators, sounds and music in the city center. 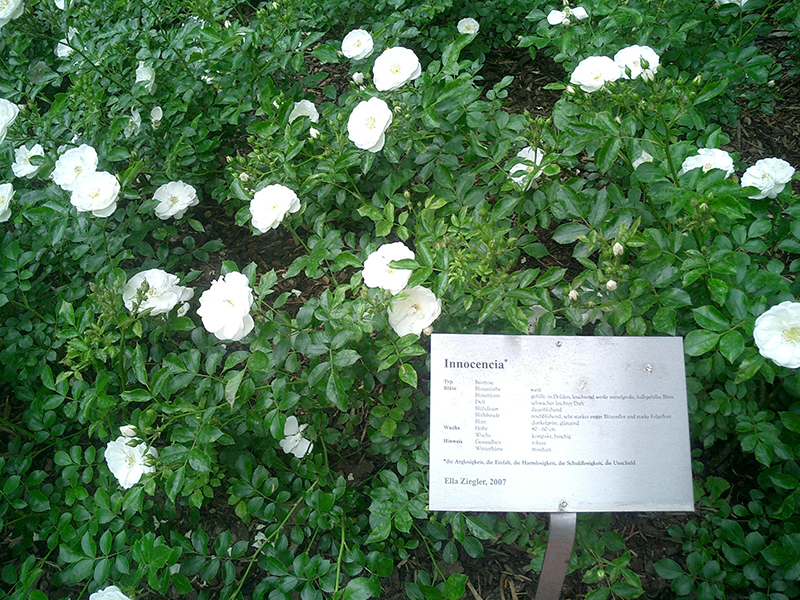