To mark the 25th anniversary of the fall of the Berlin Wall, there will be an edition by Sven Johne at the Nassauischer Kunstverein - as there was for the 20th anniversary. "Footnotes of World History" is a signed artist's book in risoprint with newspaper cuttings from "Neues Deutschland†" from 3 January to 10 November 1989. The edition is published in an edition of 100 and is accompanied by a signed and numbered original photograph 25 x 15.5 cm "150,000 Comrades / 1989". 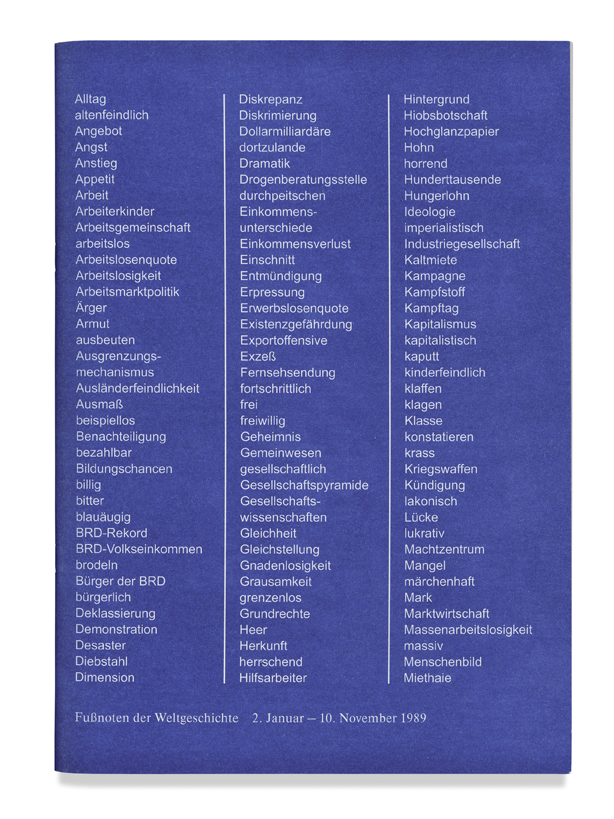