The exhibition of the pre-Fluxus-artist Mary Bauermeister embeds the 1962 Fluxus movement that started in Wiesbaden into a wider historical context. Through her work as well as through her activities, she became a source of inspiration early on: in 1960/61, in her “Atelier Bauermeister” at Lintgasse 28, Cologne, she created a space for artists who later came together under the Fluxus movement, making her the primordial cell of Fluxus in Europe. She invited, among others, John Cage, George Brecht, Benjamin Patterson and Nam June Paik to concerts “of newest music”, readings, exhibitions and performances in her live-in studio. Thereby, she not only shaped the art scene in Cologne but also the international avant-garde.

A large, oversized wooden table stands in the middle of the church nave. One end of the table holds a single, meagre wooden bowl, the other end depicts the aftermath of a feast: a noble set of porcelain service and countless empty bottles. In between, two long benches seemingly hold enough space, but the table appears uninviting, forcing the positioning of the self on either the “poor” side with too little on it, or the “rich” side, with too much of everything.

The large-scale installation Zuvielisation (2015) forms the centrepiece of the satellite exhibition of the same name – a cooperation between Nassauischer Kunstverein Wiesbaden and the collector couple Ute & Michael Berger taking place in the Humorkirche in Wiesbaden-Erbenheim. The exhibition is accompanied by works that give an insight into her work, as well as an edition specially created by the artist on the occasion of the 175th anniversary of Nassauischer Kunstverein Wiesbaden. Fluxus works of art by Nam June Paik, Benjamin Patterson, Ben Vautier, Joe Jones, among others, that are permanently installed at the Humorkirche enter into a dialogue with Mary Bauermeister’s work and are consciously integrated into the exhibition. Characteristic for Mary Bauermeister’s oeuvre is the inclusion of socially relevant topics such as a critical reflection of the modern consumer society. Too much, too much, too much: are we living in a Zuvielisation – a civilization of “too muches”?

About the artist /
Mary Bauermeister, born in Frankfurt am Main in 1934, lives in Rösrath. Her work can be found in the collections of renowned museums such as the MoMA, Whitney Museum and Guggenheim in New York, the Museum Ludwig in Cologne and the Stedelijk Museum in Amsterdam. In 1962, her first solo exhibition was on show in the Stedelijk Museum, to be followed by many international exhibitions. In 2020, Mary Bauermeister was awarded the Federal Cross of Merit for her long-standing artistic work as well as the art award of North Rhine-Westphalia for her outstanding artistic oeuvre in 2021. Mary Bauermeister has been close friends with the Berger family for many years. 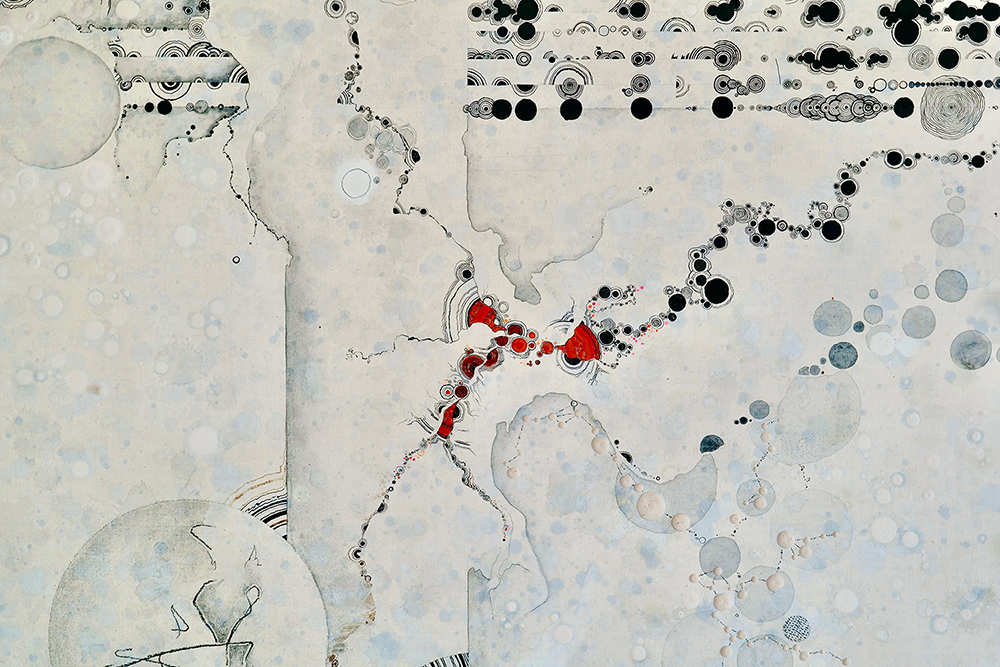